A further adventure in the performance sailing market for the Italian stylists at Wally Yachts.

The introduction of the racy Wallycento class in 2012 was a big step into the performance arena for a brand best known for producing stylish superyachts. That first boat, Hamilton, underachieved and was sold, lengthened and modified under the design watch of Rolf Vrolijk. Relaunched as the 107ft Open Season she has now become a regatta-winning machine (see the video round-up of the Maxi Yacht Rolex Cup from 2015, below).

The same collaboration between Judel/Vrolijk and Wally has now produced a stunning cruiser-racer, the Wally 93, for a current Wally owner. A supremely light, powerful, clean and modern-looking design, she promises to be a missile on the water. According to Wally’s founder, Luca Bassani, the sail area to displacement ratio of the 93 is even greater than that of the Wallycento.

Advanced construction techniques, including the use of a CNC female carbon mould, high modulus unidirectional carbon fibre and autoclave prepreg composite are being employed to keep the new yacht’s displacement down to 35.5 tonnes (a cento is around 50 tonnes). A lifting keel extends the draught from 4.5m to a high performance 6.2m.

“[She is] very powerful upwind with the same draught as the Wallycento. The Wally 93 will be able to keep her lane after the start on the first upwind leg,” says Rolf Vrolijk. “The performance is optimised for light to medium conditions. The yacht will have the ability to start surfing with 16 knots of wind, and [is] easily capable of exceeding the true wind speed.”

The near flush deck design uses low coamings to help camouflage the guest cockpit, which is clear of sailing systems. The companionway leads to the crew and guest cabins, which are located aft of the saloon. This helps give privacy to the saloon and forward owner’s cabin. 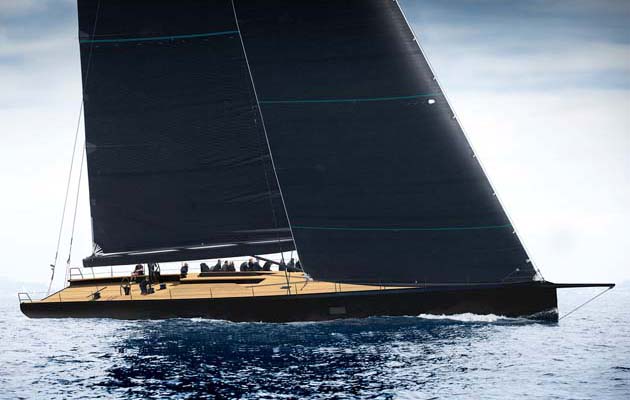 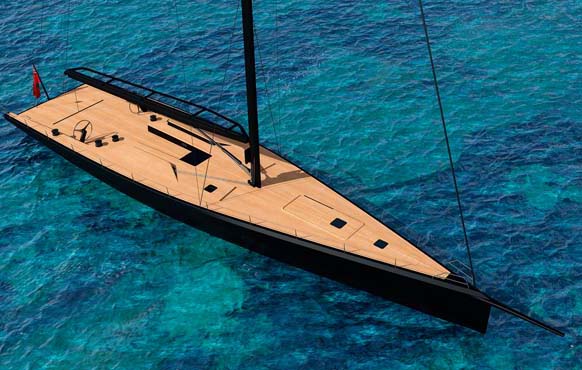 Launch is scheduled for next summer in time for the Maxi Yacht Rolex Cup 2018. The fourth Wallycento, which is a Mark Mills design, is due to launch this summer.

The post Wally 93 – the new cruiser-racer designed for life in the fast lane appeared first on Yachting World.